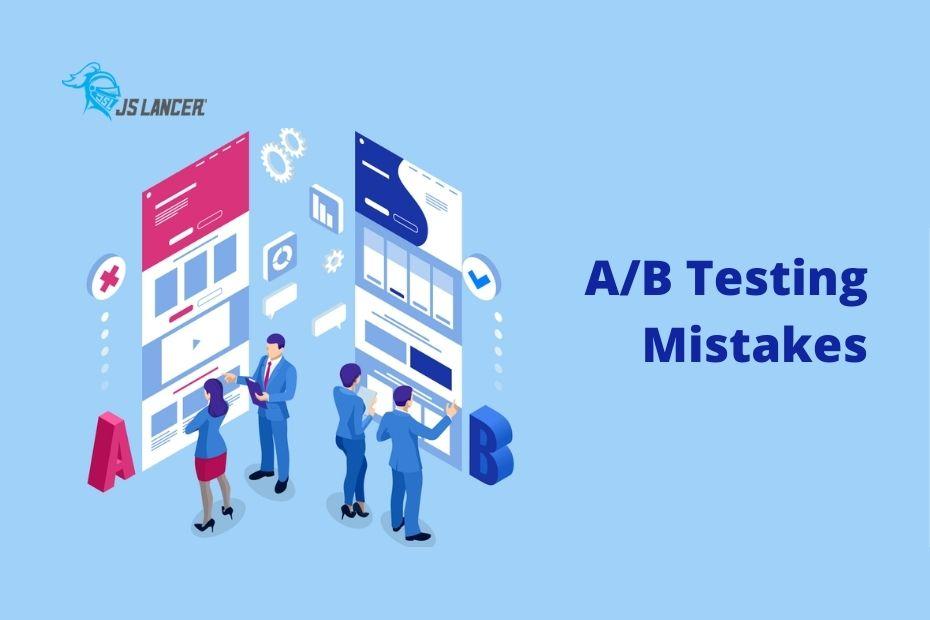 A/B testing provides one of the most effective methods for improving business metrics and increasing money flow inward. However, the process requires forethought, patience, and precision to truly work. Making careless mistakes can cost your company time and money – both of which you cannot afford to lose. To avoid this, we’ve gathered a list of the most common A/B testing mistakes that people often make below.

1. Not planning your optimization roadmap

Let’s say someone improved their sign-up flow and received a 30% increase in conversions. However, it is their own test result, which is heavily influenced by their traffic, hypothesis, and objectives.

There are no two websites alike – in other words, what worked for them may not work for you. Their traffic is not the same as yours; neither are their target audience and optimization strategy.

2. Testing too many elements

One of the major A/B testing mistakes is running multiple tests at the same time. When you test too many aspects of a website at once, it’s impossible to tell which one had the most impact on the test’s success or failure.

The more elements evaluated, the more traffic on that page is required in order to justify the testing results. Hence, make sure to decide on your priorities beforehand.

Failure is almost certain if you let personal opinions influence your hypothesis development/ goal-setting process. Whether the test succeeds or not, you must let it run its full course – so as to meet the minimum statistical requirement.

Regardless of how good/ poor the test results are, they will provide you with vital information that you WILL need in order to come up with a better plan in the future.

A common A/B testing mistake that businesses often make is experimenting with unbalanced traffic. In order to guarantee meaningful results, you have to determine the proper traffic for testing.

If you use less or more traffic than is required, your campaign is more likely to either fail or end up with inconclusive outcomes.

Make sure to do A/B testing for a set amount of time – based on your traffic and goals – in order to attain statistical significance. When a test is run for too long or too short, it will either fail or bring about inconsequential results.

Even if one version looks to be promising within the first few days of the test, this does not mean you should call it off and choose it before the testing duration is over.

One common A/B testing that businesses often make is allowing a campaign to run for an excessive amount of time. The optimal length of time is determined by a number of factors, including existing traffic, conversion rate, and predicted improvement.

6. Not following an iterative process

A/B testing is an iterative procedure – in which each subsequent test is built upon the previous ones’ findings. Businesses frequently make the mistake of abandoning A/B testing after their first few attempts fail. However, if you truly want to increase the chances of your next test succeeding, you should use what you have learned from the previous tests while preparing your next one. This enhances the chances of your test being successful – as well as produces statistically significant results.

Also, don’t stop testing even if you’ve got a good result. Instead, test every element again in order to produce the best-optimized version.

To achieve relevant results, A/B tests should be conducted in comparable periods. Because of external circumstances such as sales, holidays, and so on, it is not a good idea to compare website traffic on days with the highest traffic to days with the lowest traffic.

With the rise in popularity of A/B testing, various low-cost tools have emerged. Some of them drastically slow down your site, while others are not closely integrated with essential qualitative tools (heatmaps, session recordings, etc.). Conducting A/B testing with such faulty tools can risk your test’s success right from the beginning.

You may be interested in: A/B testing with Google Optimize

Most seasoned optimizers advise that you begin your experimentation journey by performing tiny A/B tests on your website – in order to gain a feel for the process. However, sticking to some standard A/B testing approaches will not benefit your company in the long run.

Let’s say, if you want to completely remodel one web page, consider the option of split testing. Meanwhile, multivariate testing is recommended if you want to test a variety of CTA button variants – including their color, content, and the banner’s images.

We hope that the above analysis should give you a detailed overview of the common A/B testing mistakes – so that you may conduct the process properly. If you are looking for a software development agency to help with your website/app development project, don’t hesitate to reach out to JSLancer – our team will be more than happy to provide a FREE consultation on how we can help you visualize your goals.